‘Saijip’ means ‘people with different thoughts coming together.’ Apart from this meaning, it also means hope of this home becoming the center of communication ‘between’ two houses and ‘between’ home and school.

Saijip is a multiplex housing for two families. A part of the house was designed for rent but then the head of the construction company became close friends with the owner and decided to live next door, in the rental property. As a result the design changed to have active communication between the two families. Children can play going in and out of the two houses via connections on the upper and lower floors.

Exterior space emptied out and lifted for parking is also space for families to gather. It is also space of events, where they meet neighbors and barbeque whether it is raining or snowing, thanks to the roof.

The upper part of the staircase is opened to bring more natural light inside the long house. The skylight allows the sun to seep into the basement. The staircase is, in a sense, the well of light.

In order to secure legal space for parking, the house for rent was set back. The living room was raised for storage underneath and a table right in front of it, so the level difference also works as chairs for the dining table inside the small space. Stairs are made up with thin plates for a lighter look the floor under it was finished with glass to let the smallest of spaces to be used and even give a more open feeling from downstairs.

The most important factor of designing a duplex is the ‘visual lightening of vertical movement.’ All stairs are made with only thin slabs and under the turns tempered glass was used to lessen the slab thickness. As a result, it gives visual connection between upper and lower floors, lighting for the lower floor and becomes a unique playground for children.

The efficiency of rooms is maximized by lifting the floors with the bed above and storage beneath. The height, shape and direction of windows differ according to the furniture.

The house for rent, smaller compared to the owner’s, has three rooms on the second floor and one of them has a moving wall that can be opened to make small spaces to be used as a large family room. 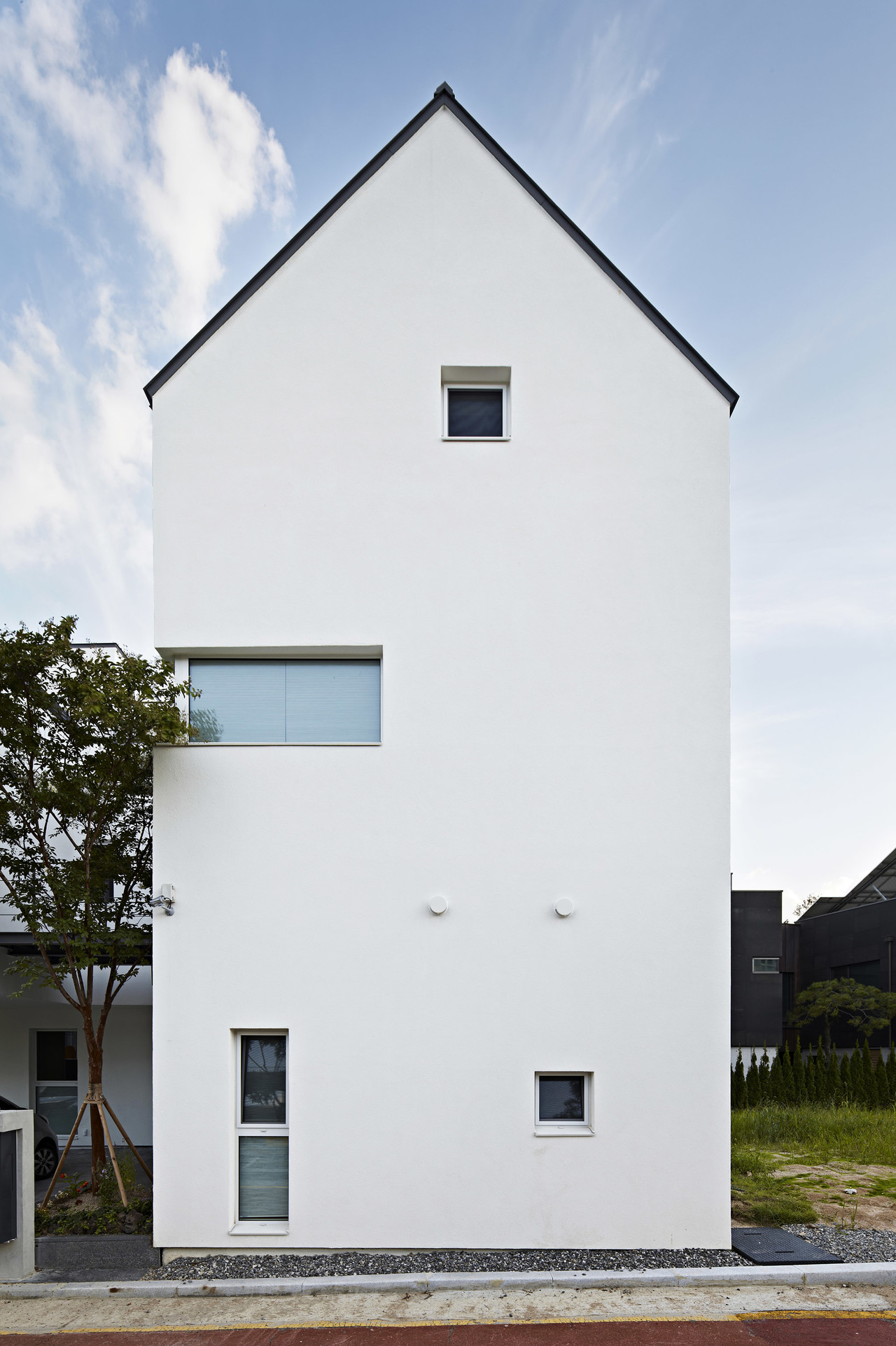 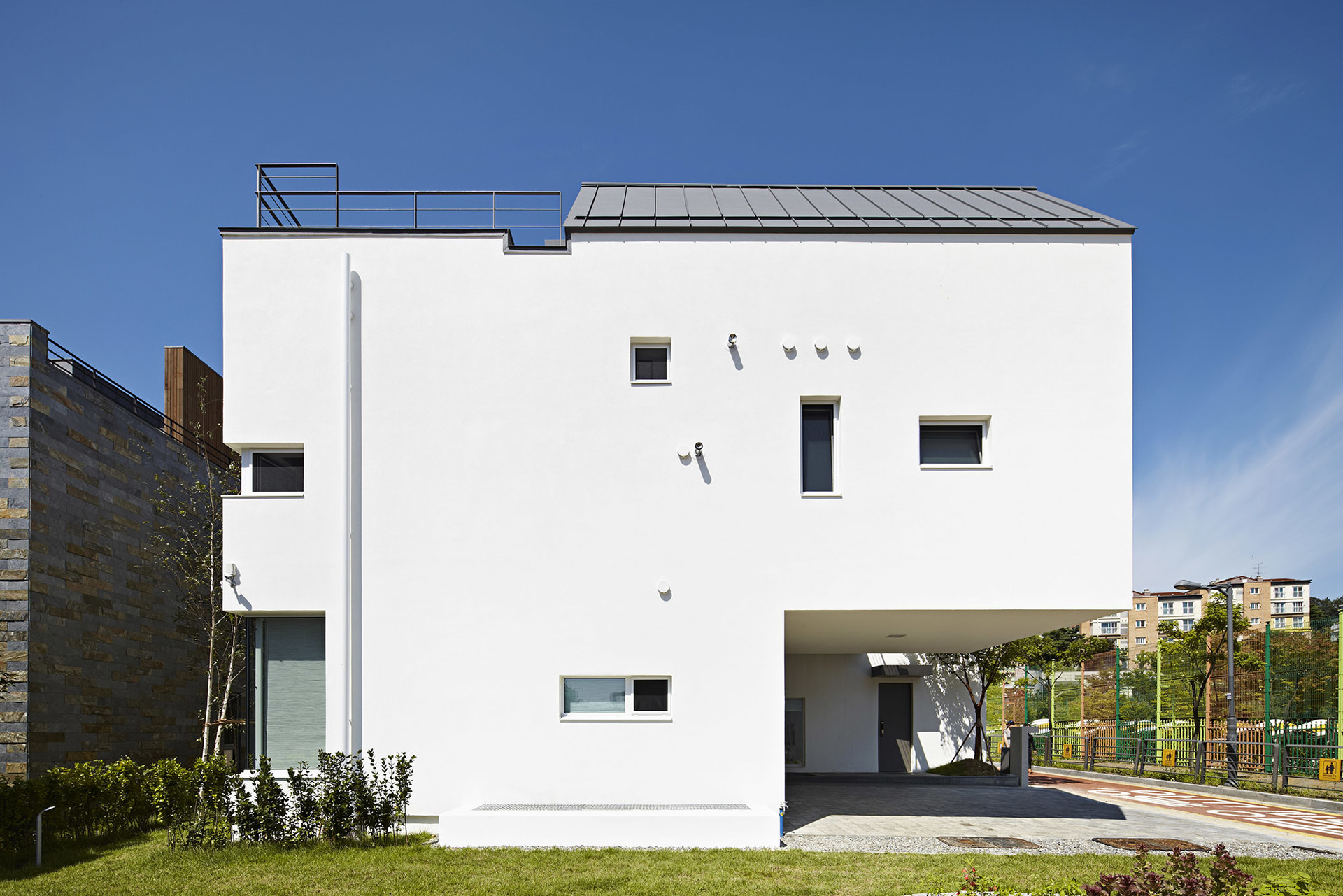 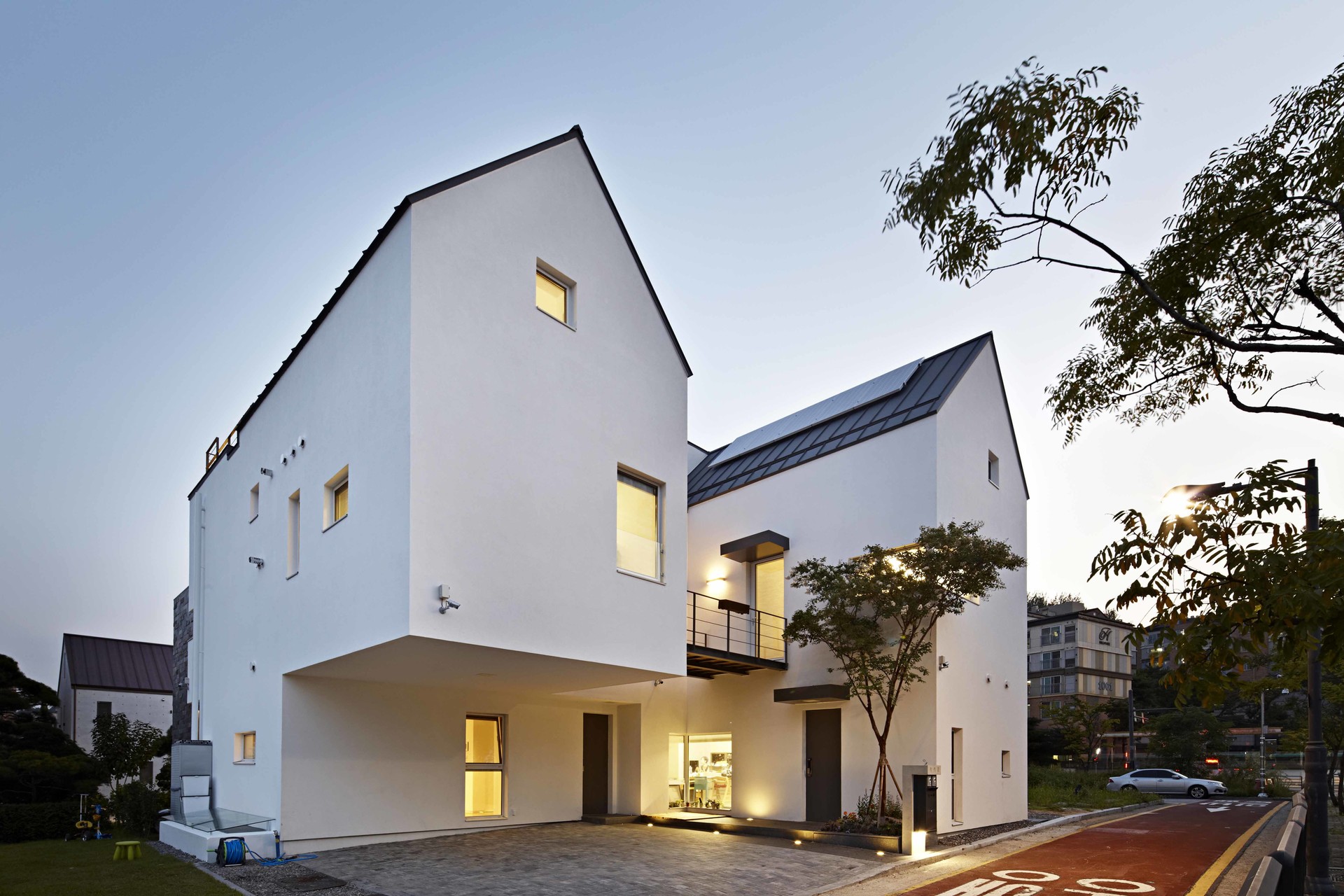 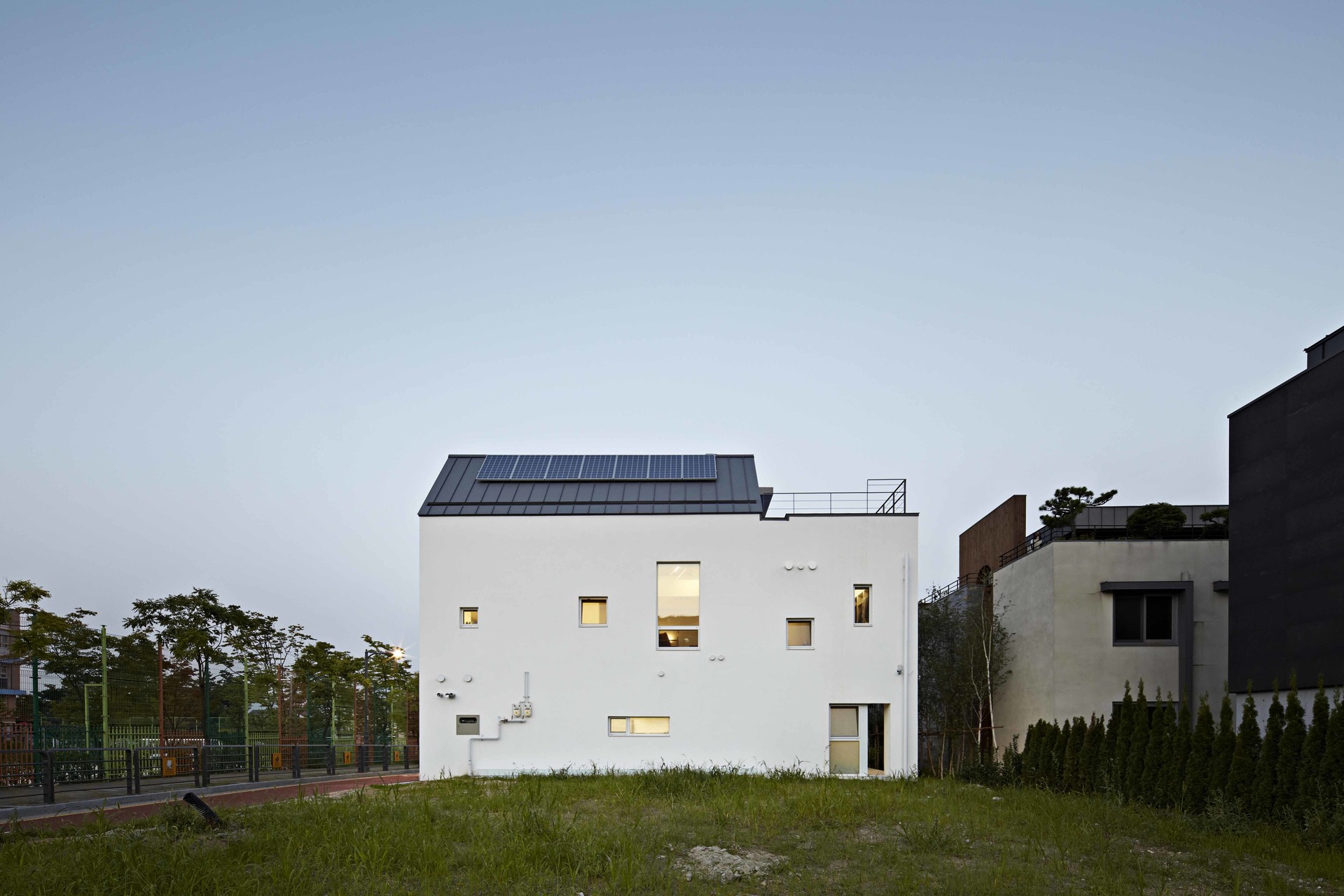 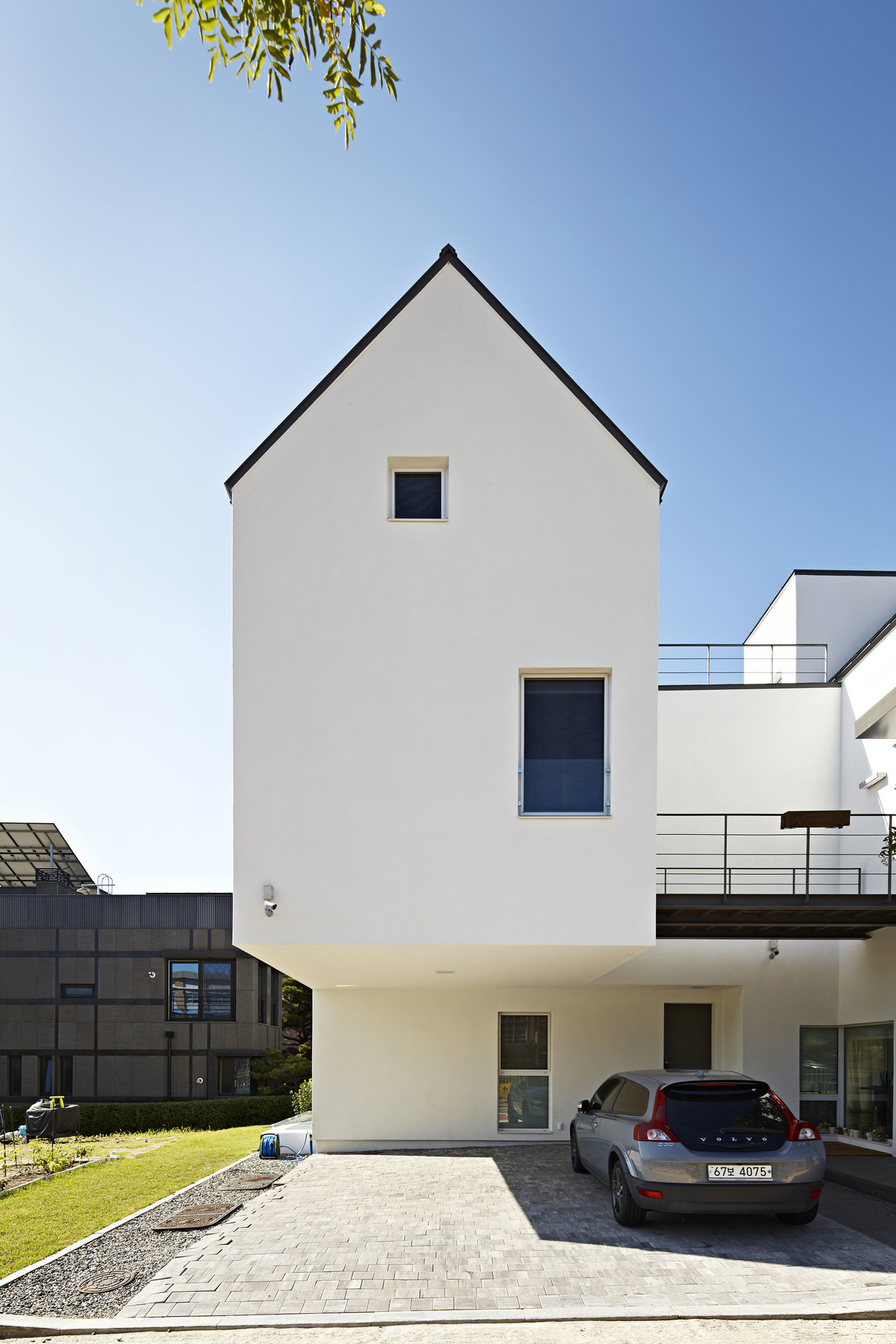 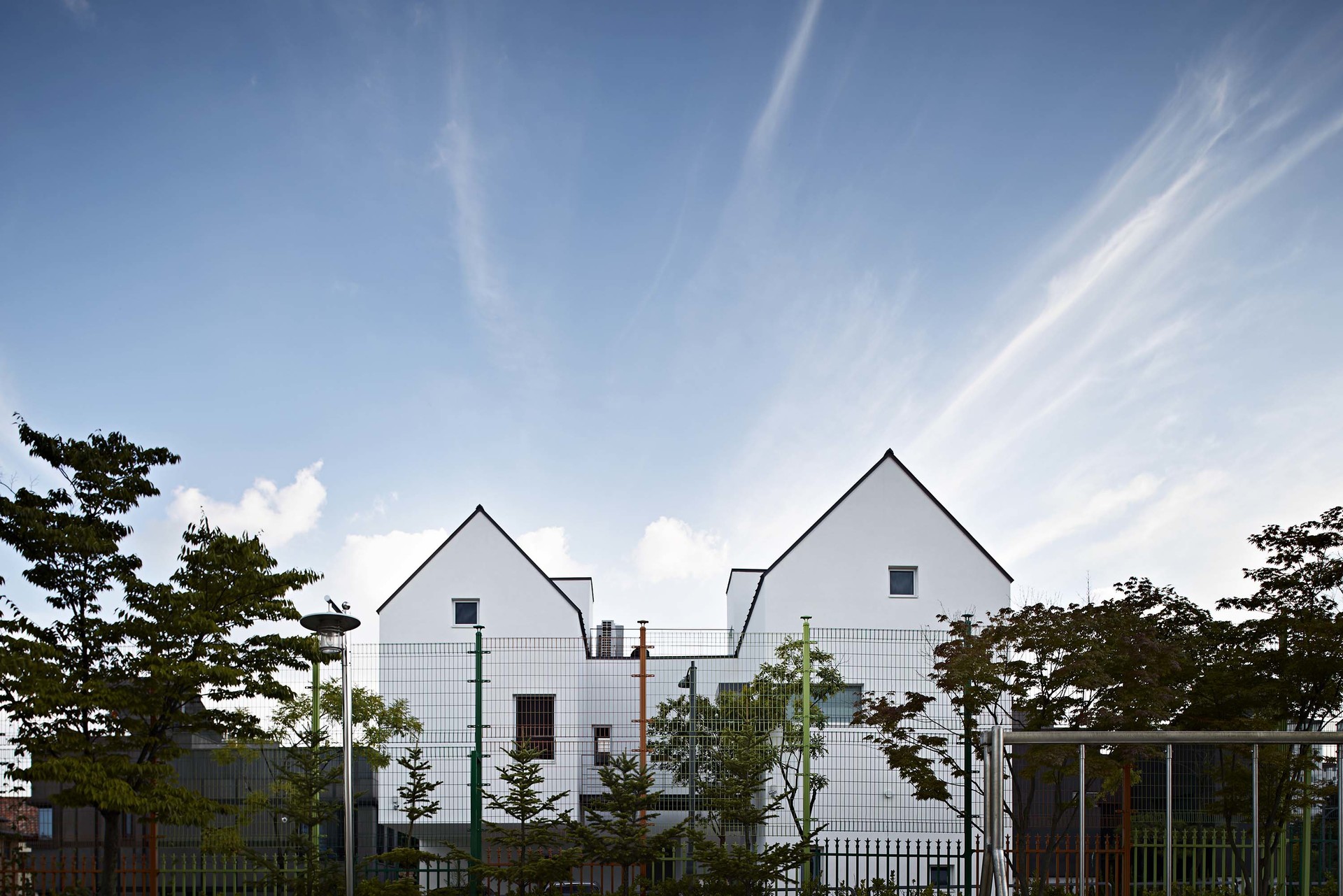 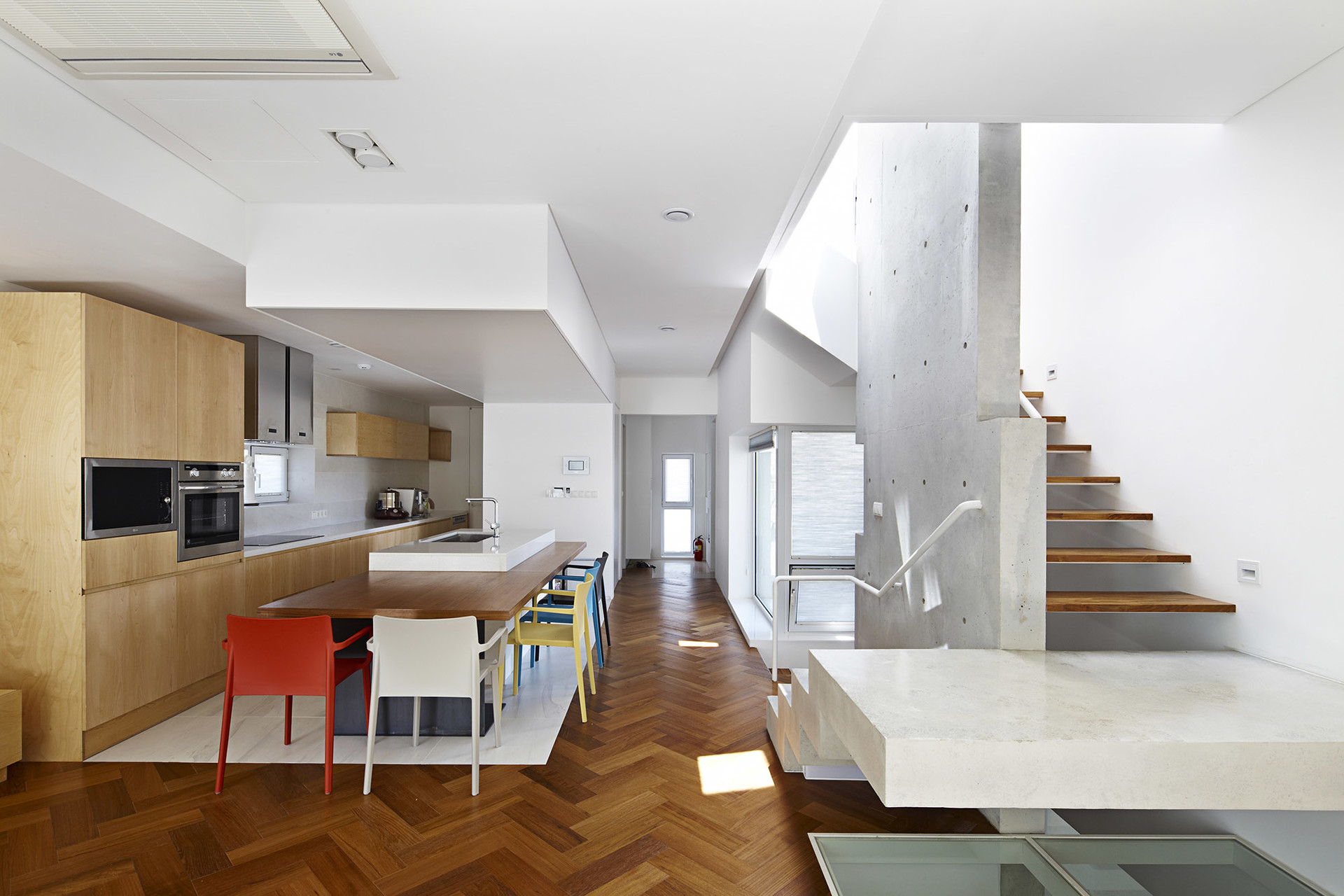 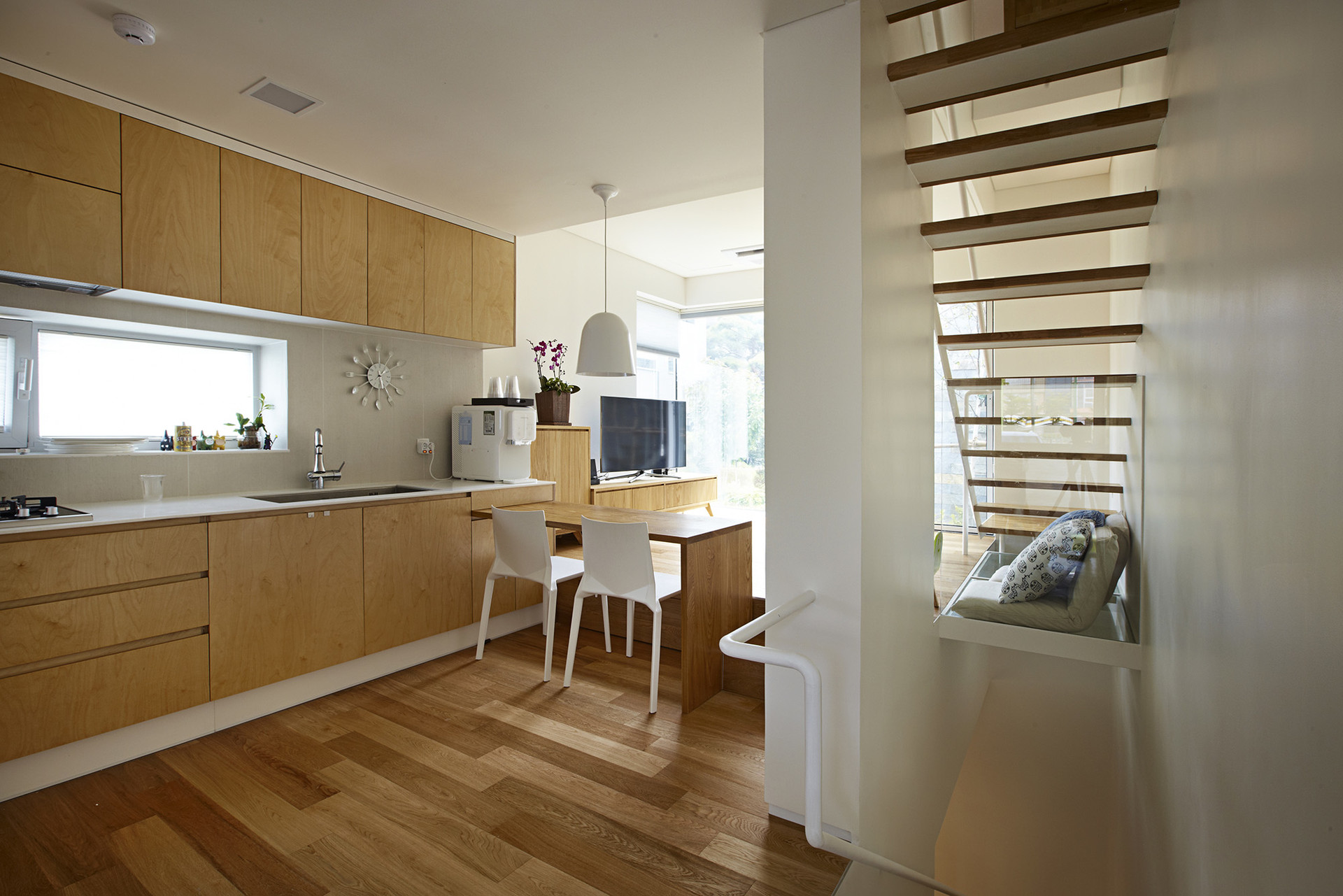 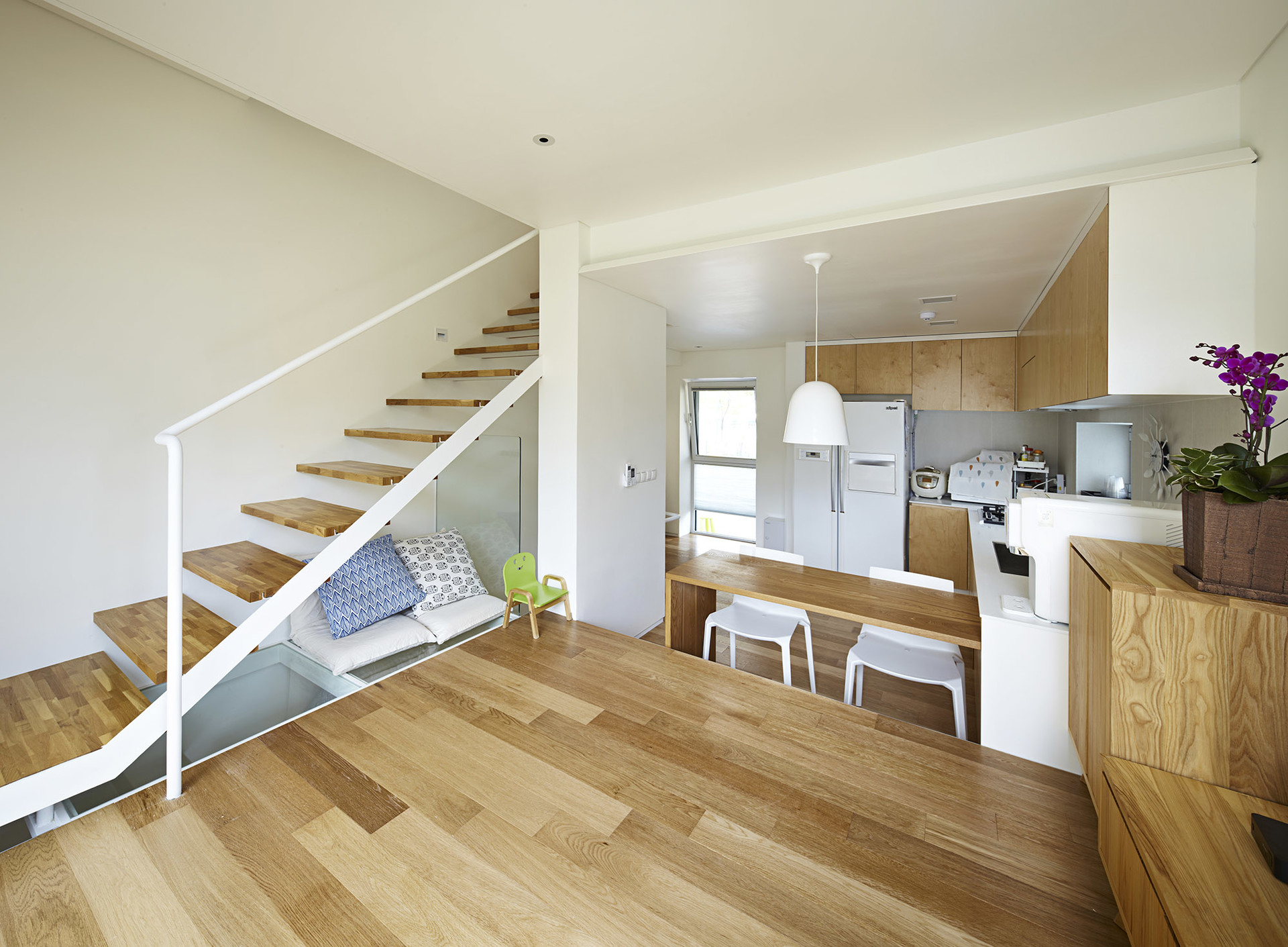 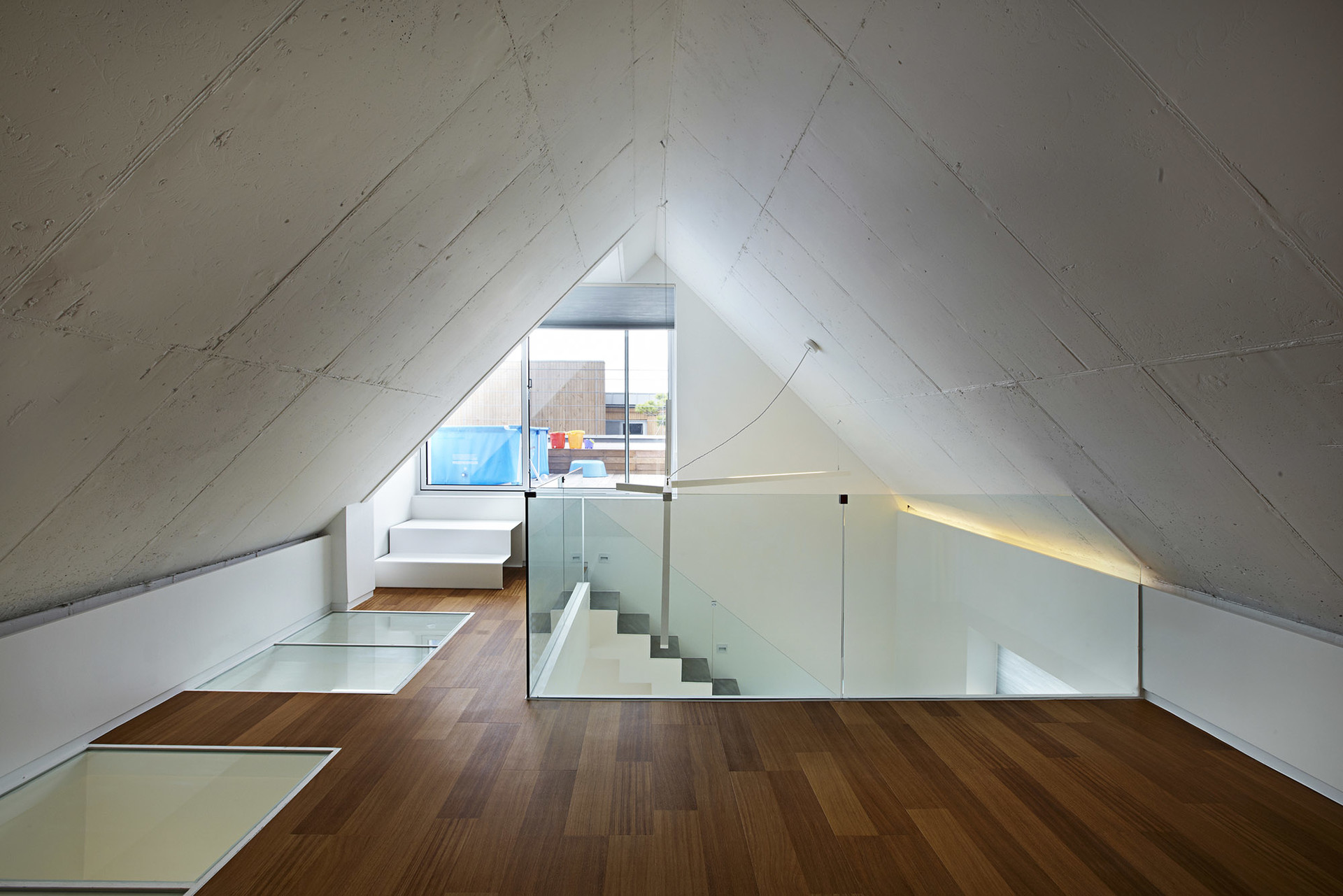 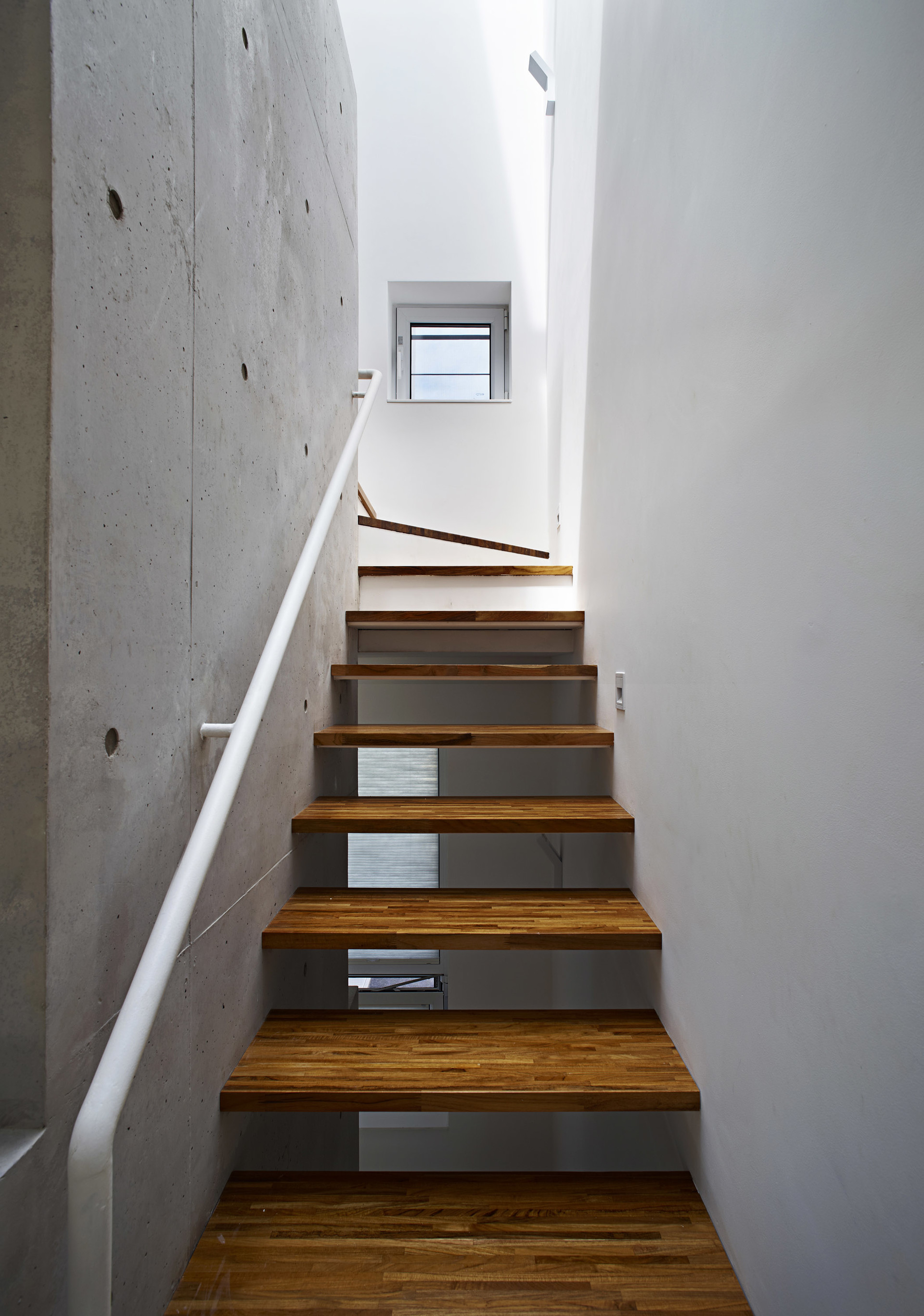 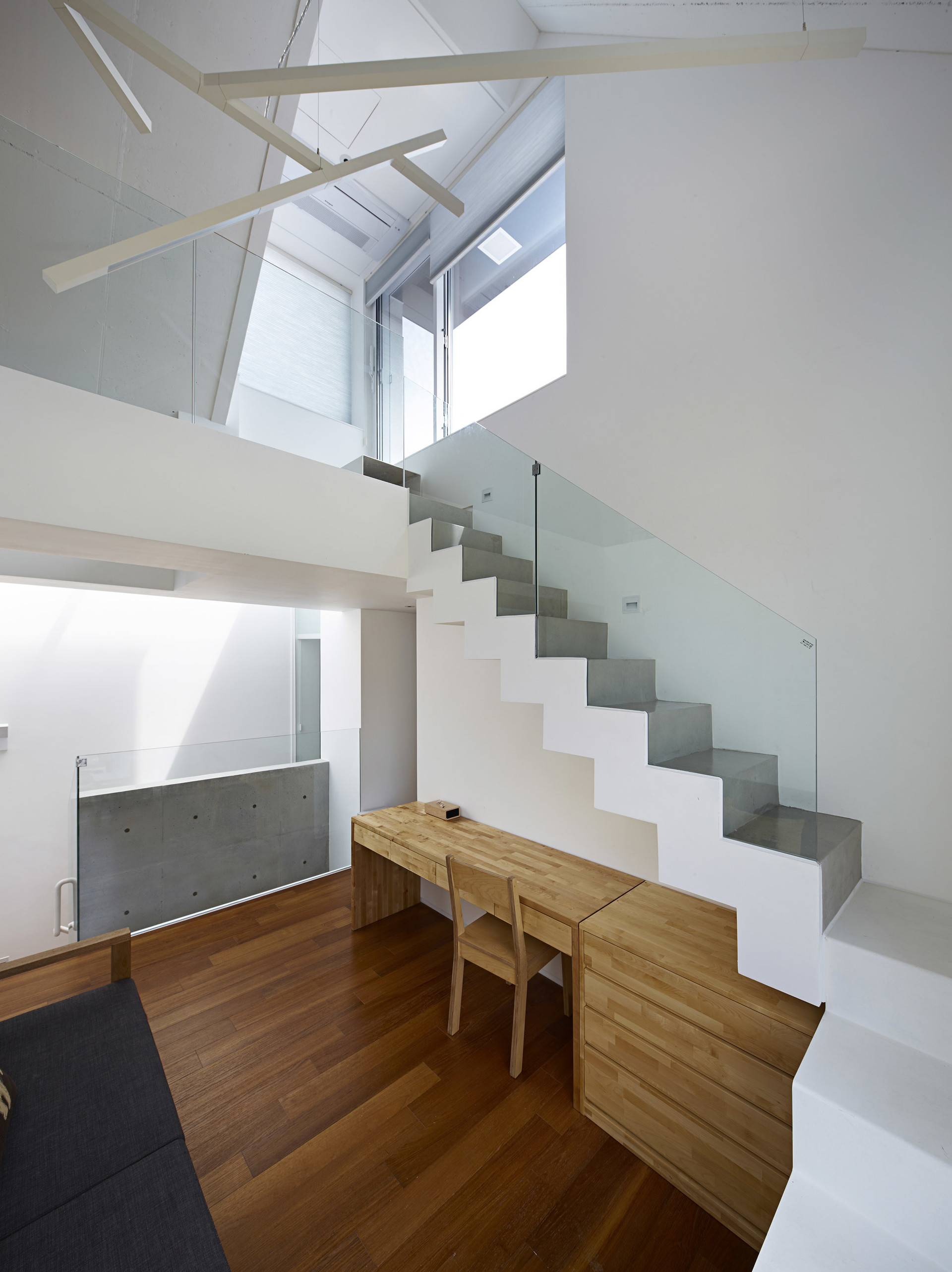 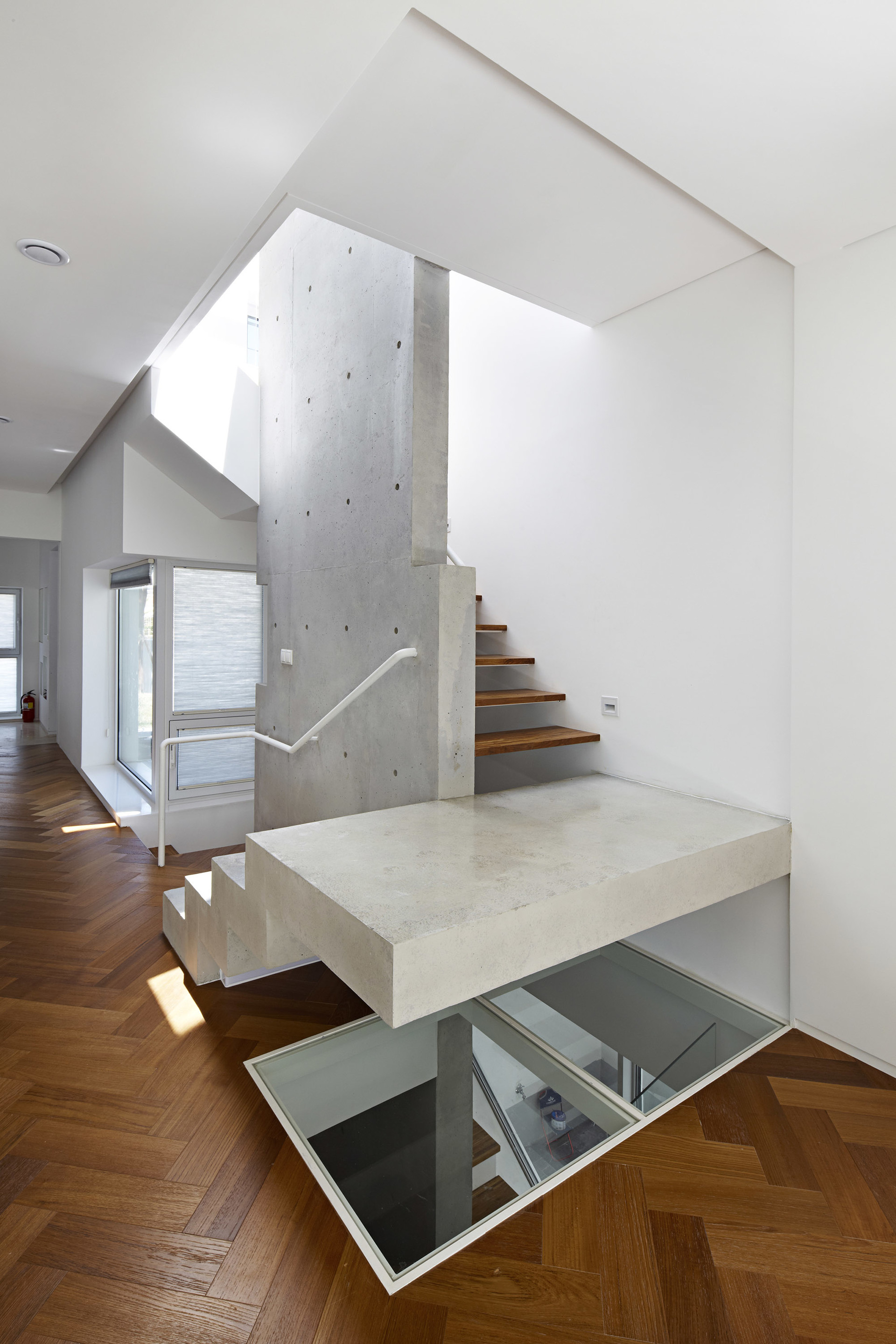 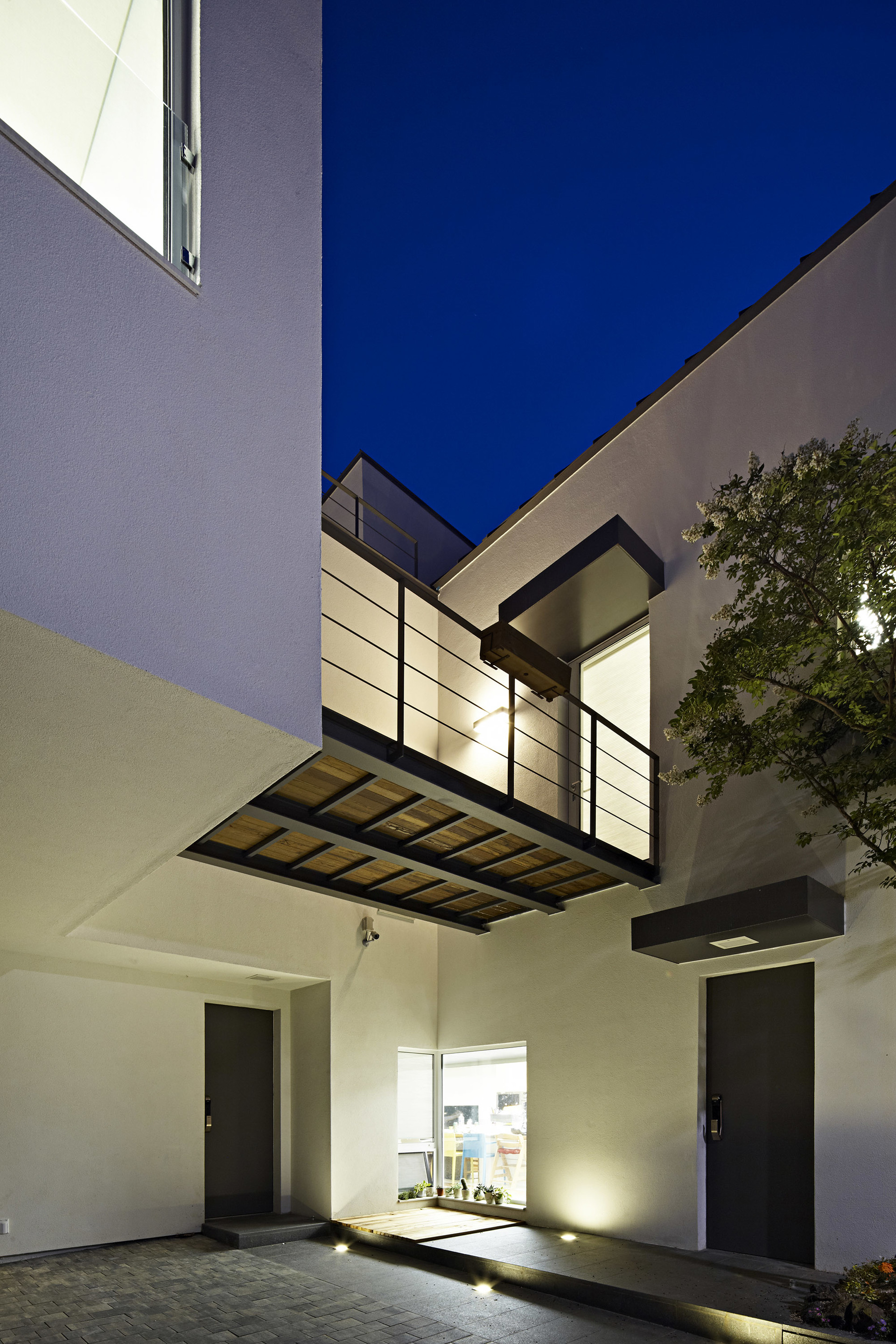 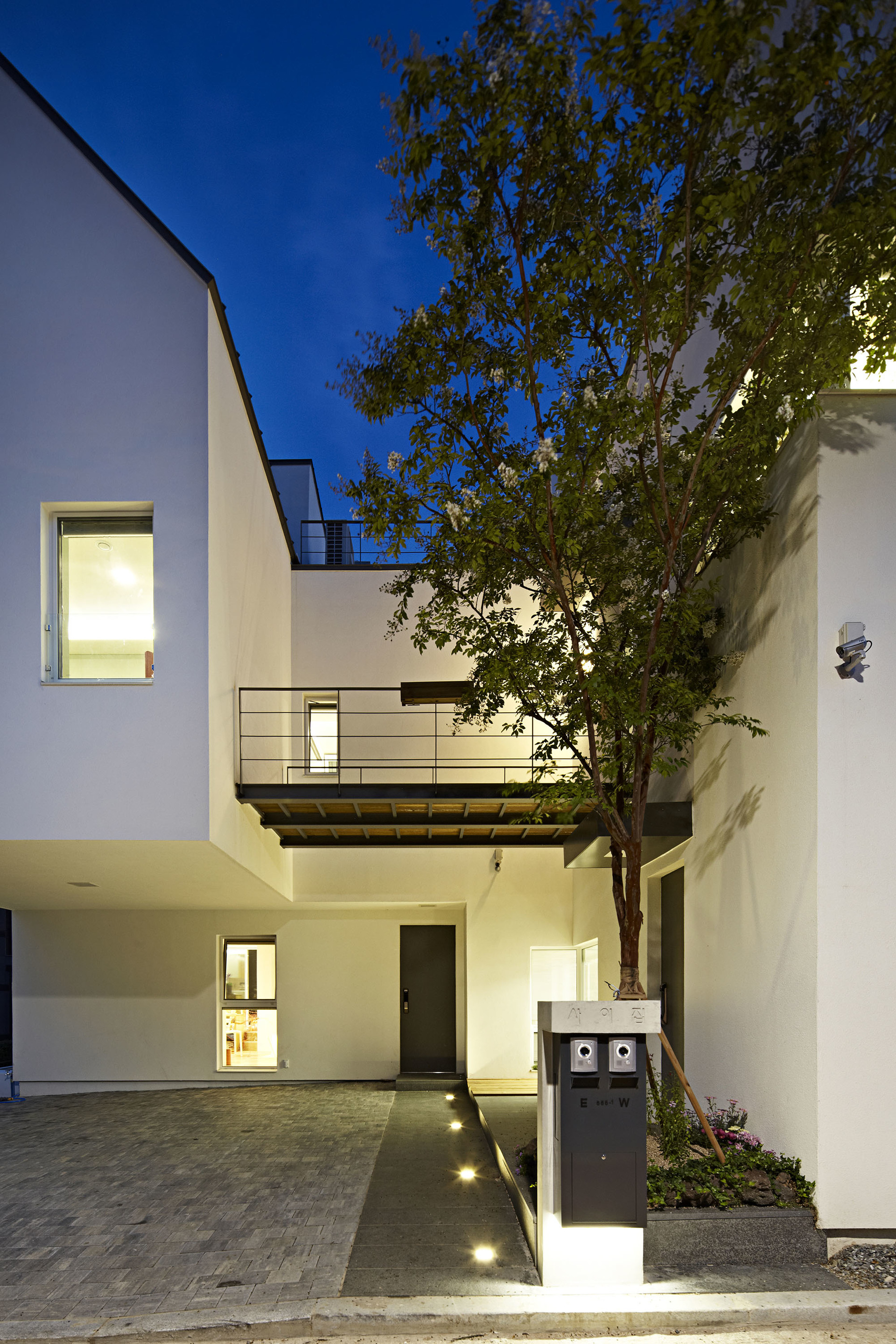 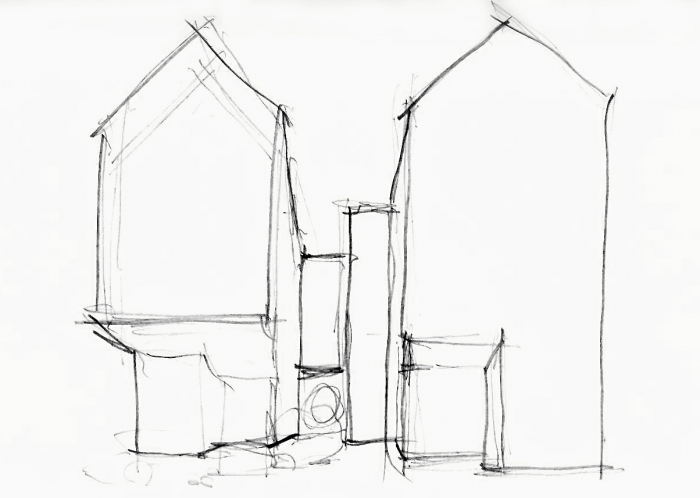 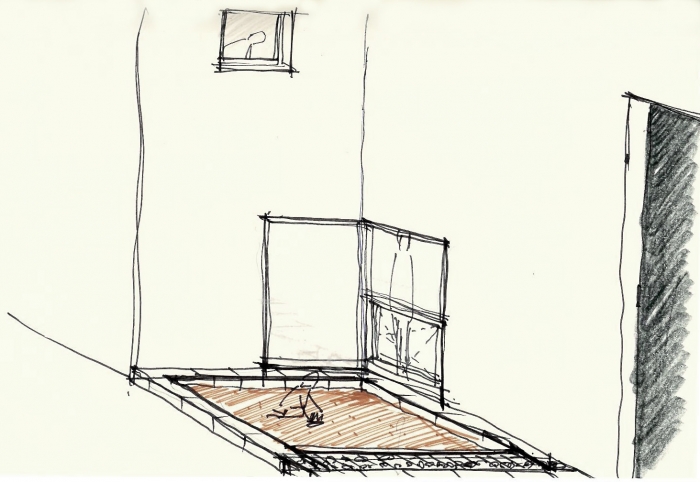